Omnna Partners With Ken Schrader Racing for the 2014 Season 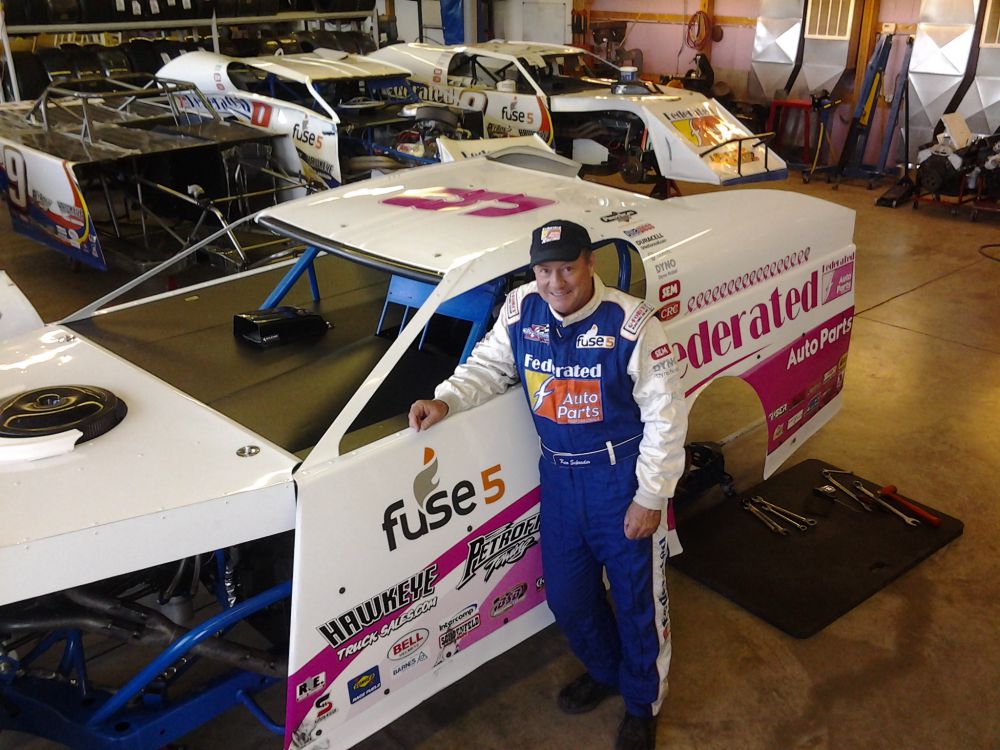 Concord, N.C. (April –, 2014) — Omnna, the first-to-market cloud-based software for the automotive aftermarket, announced today that it has partnered with veteran racer Ken Schrader and his team as an associate sponsor for the 2014 season.

Gabe Davis, CEO of the Iowa-based company, developed Omnna for all levels of the supply chain including installers, jobbers, 2-steppers, WD’s and manufacturers.  Omnna comes complete with Point of Sale, Inventory Management, Customer Relationship Management and Back Office. Since Omnna is a cloud solution, there is no onsite hardware and subscribers have no need to install software in order to access the business solution.  Omnna works on any web-enabled device including smart-phones, tablets, ultrabooks, laptops, PCs and thin-clients.

“Having Ken Schrader as part of the Omnna family has been very exciting for our team,” said John Bunting, Omnna COO.  “Aligning ourselves with Ken Schrader Racing, Inc. and its reputation of integrity and sportsmanship in the automotive world is a privilege for us.  Ken gets it — he truly understands the value that Omnna offers to the automotive aftermarket.”

The North Liberty, Iowa-based company employs more than 30 team members and has doubled in size within the last year due to its explosive growth.  Omnna technology has expanded to markets around the globe, including the United States, Canada, Ireland, Guam, Angola, Mexico and the Bahamas.  Omnna is accessible from anywhere on any device with internet access.

“We are very pleased to include Omnna as an associate sponsor for our Federated Auto Parts cars and trucks,” said Ken Schrader, from his North Carolina race shop. “The Omnna logo will be seen on our cars at the dirt races, ARCA races, NASCAR K & N and Camping World Truck races.  We are running an ambitious schedule this year with three drivers and we hope to offer Omnna and all of our KSR partners great exposure both on and off the track.”

Schrader will share ARCA driving duties with Clay Campbell, the president of Martinsville Speedway and Matt Tifft, a high school senior from Hinckley, Ohio.  The three drivers combined will compete in more than 75 races in 2014.  Schrader’s dirt modified schedule accounts for the majority of the races, with Campbell handling the superspeedways and Tifft expanding his resume within the ARCA and K & N series.

“Having the Omnna logo on Ken’s race cars will give us valuable exposure to our target market.  Not to mention the added credibility of being associated with such a historic team,” Bunting continued. “Our customers are race fans and so are we — having our name on the KSR cars really positions Omnna as a legitimate contender in a highly competitive market.”

Omnna is a Cloud ERP comprised of all mission critical applications a small-to-global enterprise needs in order to operate every facet of their business.